This spring, I had the privilege of attending the first annual WordPress.com VIP’s Intensive VIP Developer Training Workshop in Napa Valley. The event was hosted by Automattic, the company behind WordPress.com, and took place at The Carneros Inn, a beautiful and intimate resort situated in the heart of the wine-growing region.

Representatives from big media, development shops, and freelancers descended on this idyllic setting for two and a half days of presentations, networking events and training all concentrated on working within the enterprise-centric WordPress.com VIP platform. In short, a developer’s dream come true.

Upon arriving, I checked in and had a few hours to stroll the grounds and mingle with other attendees – quickly realizing I was among some of the brightest minds in the WordPress community. Throughout the afternoon, developers from companies such as Time Magazine, Dow Jones, O’Reilly Media and NBC Sports began filtering onto the property.

The event officially kicked-off a few hours later with Matt Mullenweg’s inspirational keynote address, which left me with the overwhelming awareness that I was involved in something very special. Over the last few years, WordPress has achieved an impressive following and some serious momentum. The platform has evolved from blog management to content management, and it’s quickly gaining traction with developers as an application framework. What was once a simple blogging platform now powers 16% of the Internet. Tony Schneider, CEO of Automattic, followed Matt’s address with this real-time map illustrating some of the remarkable usage statistics related to WordPress, and then he concluded with his exciting vision for the future of the platform.
The next two days were all about the training. Topics included caching, taxonomies, A/B testing, coding standards, advanced theming, the rewrite API, and other intensive subjects relevant to working with VIP. These sessions were augmented by interactive examples presented on a Debian server virtual machine that allowed everyone to hack along and directly attack the code with the very people who helped create it. Mo Janda introduced a

tool called the VIP Code Scanner, which I highly recommend to anyone working on the platform and looking for a useful way to audit their code. Michael Fields of The Theme Team shared his expertise, including advice on leveraging The _s Starter Theme that gives theme designers a “1000-hour head start.” During one of my favorite talks – Mike Adams’ session on XML-RPC – the Automattic Social Team made an announcement revealing the new RESTful API now available on WordPress.com.

Direct access to the Automatticians along with members of the VIP community created both a great social dynamic and an opportunity to learn new strategies and discuss concepts utilized by other developers. The relaxing atmosphere of wine country, the rigorous daily seminars and the nightly networking opportunities together resulted in an amazing educational event. The intimate and interactive setting contributed greatly to making the experience wholly satisfying. I would like to extend a special thanks to my employer, Oomph, for making my attendance at this incredible training possible. I can only hope my growth as a developer on the highly-successful VIP platform will consist of more equally gratifying opportunities in the future.

Steven is a software developer working out of San Francisco with a focus on contributing open source solutions for the WordPress publishing platform. When he's not swearing at bugs or celebrating a successful product launch, he enjoys spicy food, Toyota sports cars, trip-hop, and beer snobbery. 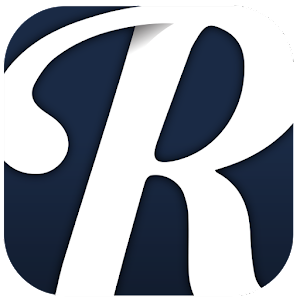